Cleo Cole Elliott is an American singer-songwriter and model, best known as the only child of Hollywood stars Sam Elliot and Katharine Ross. Elliott began her music and modeling career in the 2000s. She released her debut album, No More Lies, in January 2009. As a model, she appeared in the live hair styling show for “SEXYHAIR” in 2003. Born Cleo Cole Elliott on September 17, 1984, in Malibu, California, she is the daughter of Sam Elliot and Katharine Ross, and granddaughter of Dudley Ross and Katharine Hall. She graduated from Joanne Barron/D.W. Brown Acting Studio in 2006. 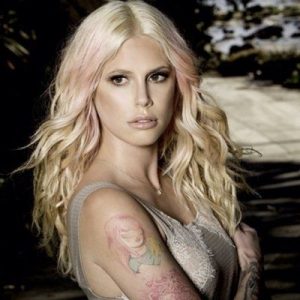 Cleo Cole Elliott Facts:
*She is the only child of Katharine Ross and Sam Elliot.
*She earned her degree from the Joanne Barron/D.W. Brown Acting Studio.
*She is a trained classical singer.
*She is an animal lover.
*She is a member of ASCAP (The American Society of Composers, Authors, and Publishers).
*Follow her on Myspace, Facebook and Instagram.