Cody Nickson is an American reality television personality who competed in Big Brother 19. After Big Brother, he went on to win The Amazing Race 30 with his fellow Big Brother competitor and then-fiancé (now wife) Jessica Graf. Previously, he served in the United States Air Force and United States Marine Corps. Born Cody Lee Nickson on April 13, 1985 in Lake Mills, Iowa, USA, Nickson graduated from Collin College in Texas, with an AAS: Business Management. He served in the Marine Corps for between 2008 and 2012. Nickson began a relationship with Jessica Graf during their time together on Big Brother 19. They continued their relationship outside of the house, and competed in The Amazing Race 30 together. They became engaged on February 13, 2018, and married on October 13, 2018 in Malibu, California. They couple welcomed a daughter named Maverick in 2019. Nickson also has a daughter named Paisley from his previous relationship. 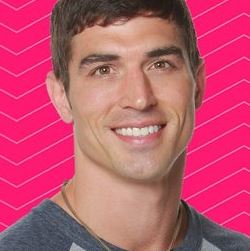 Cody Nickson Facts:
*He was born on April 13, 1985 in Lake Mills, Iowa, USA.
*He joined the United States Air Force at the age of 17.
*He appeared on the 19th season of Big Brother.
*He won The Amazing Race 30 with his then fiancée Jessica Graf.
*His favorite hobby is surfing.
*Follow him on Twitter and Instagram.