Connie Sellecca is an American actress and former fashion model best known for her role as Christine Francis on the series Hotel (115 episodes), for which she received a Golden Globe Award for Best Actress in a Television Series Drama nomination in 1987. She is also known for her roles as Lisa Benton in the television series Flying High, and Pam Davidson/Hinkley in The Greatest American Hero. Born as Concetta Sellecchia in The Bronx, New York, to Italian parents, she has been married to John Tesh since April 4, 1992. She was previously married to Gil Gerard from 1979 to 1987. She has two children: son, Gib Gerard and daughter, Prima Tesh. 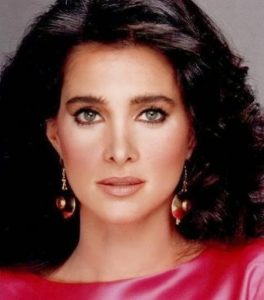 Connie Sellecca Facts:
*She is of Italian heritage.
*She is a former lingerie and fashion model.
*She worked as a fashion model before making her acting debut in the 1978 film The Bermuda Depths.