Connor Ball is a Scottish bassist, best known as a member of the British pop/rock band The Vamps who released their debut album called Meet the Vamps in 2014. Ball plays bass guitar and sings backing vocals. The other members of the band are lead vocalist Bradley Simpson, drummer Tristan Evans and lead guitarist James McVey. Ball has performed with popular artists such as The Weeknd, Demi Lovato, and Taylor Swift. Born on March 15, 1996 in Aberdeen, Scotland, United Kingdom, his full name is Connor Samuel John Ball. He has a younger brother named Lewie. He became the bassist of The Vamps band in 2012. He has dated Luisa Hackney and Lucee Moore. 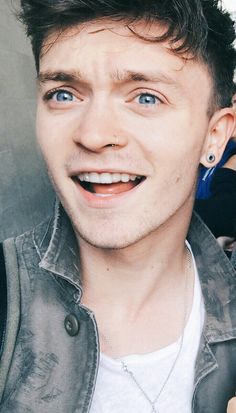 Connor Ball Facts:
*He was born on March 15, 1996 in Aberdeen, Scotland, United Kingdom.
*His biological father is Stuart Stephen.
*Bassist for the pop rock group The Vamps, who formed in 2012.
*He has been playing guitar since the age of 12.
*He has a pet lizard named Rex, and a hamster named Harry.
*He has asthma.
*He is allergic to peanuts/nuts.
*He was the last member to join the British pop band, The Vamps.
*Follow him on Twitter, YouTube, Facebook and Instagram.