Corey Fogelmanis is an American actor. He is best known for his role as Farkle Minkus on the Disney Channel television series Girl Meets World (2014–2017), and his role as Young Louis on the television series Partners. He also guest starred in an episode of I Didn’t Do It as Stevie Moops. 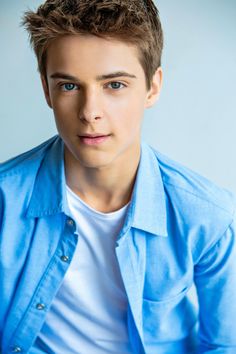 Born Corey Shain Fogelmanis on August 13, 1999 in Thousand Oaks, California, to parents Shannon and Dain Fogelmanis, he has one younger sister named Baylee. One of Fogelmanis’s first on-screen appearances was in the 2011 short film The Maiden and the Princess.

Corey Fogelmanis Facts:
*Born on August 13, 1999 in Thousand Oaks, California, he is of Latvian decent.
*He started his stage career at age six.
*He played Farkle Minkus in the Disney Channel hit series Girl Meets World alongside Rowan Blanchard and Sabrina Carpenter.
*He made his studio film debut in Universal’s horror film Ma (2019), opposite Octavia Spencer and Diana Silvers.
*He is a big fan of Sigrid.
*In his free time, he works on his photography skills and spends a great deal of time with animals at local rescues.
*He also enjoys singing, dancing, and gymnastics.
*He has two dogs.
*Follow him on Twitter, Facebook and Instagram.