Cory Monteith was born on May 11, 1982 as Cory Allan Michael Monteith in Calgary, Alberta, Canada. Monteith was an actor and musician, known for his role as club leader Finn Hudson on the FOX-TV musical series Glee. His other films include 2011’s Monte Carlo, and 2006’s Final Destination 3. He was the younger son of Ann McGregor and Joe Monteith. He had an older brother, Shaun. He moved from Calgary, Alberta to Victoria, British Columbia, after his parents divorced. He grew up in Victoria and considered it his hometown. He died on July 13, 2013 in Vancouver, British Columbia, Canada. He was in a relationship with Glee’s Lea Michele from 2011 until his death. 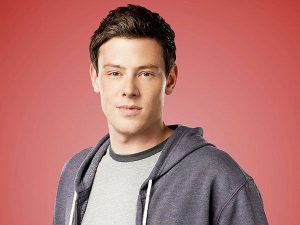 Relationships / Affairs / Girlfriend:
Cory was in a relationship with Glee’s Lea Michele from 2011 until his death in 2013.

Cory Monteith Education:
*He earned his high school diploma in 2011 from an alternative school he attended in his youth in Victoria.
*He dropped out of school at 16, after attending 16 different schools.

Cory Monteith Facts:
*He had Scottish, Irish, and English ancestry.
*His parents divorced when he was just seven years old.
*He was the drummer for a band called Bonnie Dune.
*He died July 13, 2013, in a hotel room on the 21st floor of the Fairmont Hotel in Vancouver, British Columbia, Canada. He was 31.