Costas Mandylor is an Australian actor. He is best known for his role as officer Kenny Lacos in the CBS television drama Picket Fences and as Mark Hoffman in the Saw films. From 1997 to 1998, Mandylor played Alphonse Royo in the short-lived series Players, and starred as Monk in the UPN spy drama series Secret Agent Man. Born Constantinos Theodosopoulos on September 3, 1965 in Melbourne, Australia, he is the son of Greek immigrants from the region of the Peloponnese, Louise from Kalamata and Yannis Theodosopoulos from Tripoli. He is the older brother of fellow actor Louis Mandylor. Mandylor grew up in St Kilda and South Melbourne, and moved to the United States in 1987 where he started taking acting lessons. His first major role was in the 1989 film Triumph of the Spirit playing a European Jew. He has been married to Victoria Ramos since October 10, 2013. He was previously married to Talisa Soto from 1997 to 2000. 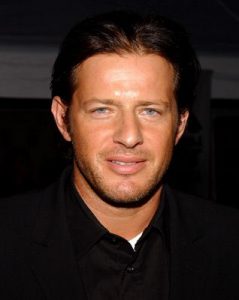 Costas Mandylor Facts:
*He was born on September 3, 1965 in Melbourne, Australia.
*He is of Greek descent.
*People Magazine named him one of the top 50 Most Beautiful People in the World in 1991.
*He was listed in People 2000 Awesome Aussies Beautiful People.
*He is good friends with Tom Skerritt, whom he credits as his acting mentor.
*Visit his official website: www.costasmandylor.us
*Follow him on Facebook and Instagram.