Craig Hall is a New Zealand actor. He is known for his roles in television, such as Outrageous Future, The Strip, and A Place To Call Home, and in the films King Kong, The World’s Fastest Indian, 30 Days of Night, The Water Horse, The Devil’s Rock, Nerve, and The Hobbit: The Desolation Of Smaug. Born on May 10, 1974 in Auckland, New Zealand, his parents were emigrated from Glasgow, Scotland. He made his film debut in Savage Honeymoon (2000). He is married to Sara Wiseman. 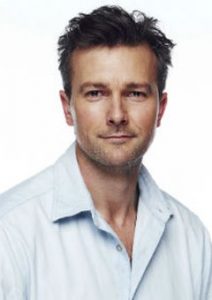 Craig Hall Facts:
*He was born on May 10, 1974 in Auckland, New Zealand.
*One of three actors who guest starred on Miss Fisher’s Murder Mysteries.
*He is married to actress Sara Wiseman.