Craig Roberts is a Welsh actor, writer and director. He is best known for starring as Oliver Tate in the coming-of-age comedy-drama film Submarine, David Meyers in the series Red Oaks, and Rio Wellard in the television series The Story of Tracy Beaker. Roberts played Emperor Nero in the 2019 film Horrible Histories: The Movie – Rotten Romans. 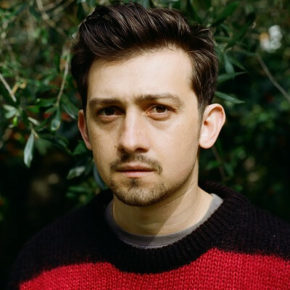 Born Craig Haydn Roberts on January 21, 1991 in Newport, Wales, United Kingdom, to parents Alison and Haydn Roberts, he has one sister named Chelsea, as well as two half-sisters named Angharad and Natalee. He was educated at Lewis School Pengam, Pengam, Caerphilly, South Wales.

Craig Roberts Facts:
*He was born on January 21, 1991 in Newport, Wales, United Kingdom.
*He began his television career appearing in the dramas Care and Little Pudding.
*He first achieved fame for his role as Oliver Tate in the 2010 film Submarine.
*He was considered one of the 55 faces of the future by Nylon Magazine’s Young Hollywood Issue (May 2010).
*Follow him on Twitter and Instagram.