Nash Grier is an American social media star and actor who became known for his comedic sketch videos on the video-sharing application Vine and YouTube. He has over 10.8 million followers on his Instagram profile and over 4.7 million subscribers on his YouTube channel. Grier co-starred in the 2015 movie The Outfield alongside his friend Cameron Dallas. 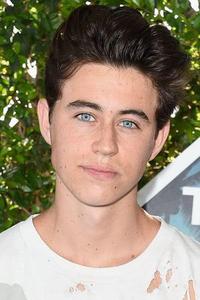 Born Hamilton Nash Grier on December 28, 1997 in Greensboro, North Carolina, to parents Elizabeth and Chad Grier, his younger brother Hayes is also an internet sensation and his older brother, Will, completed his college football career in 2018 as the starting quarterback for West Virginia University and was chosen by the Carolina Panthers in the third round of the 2019 NFL Draft. He also has a younger half-sister named Skylynn. In 2015, Grier started dating Taylor Giavasis. They announced their engagement in March 2019. They have a son together.