Country music singer Crystal Gayle is best known by the public for her hit singles “Don’t It Make My Brown Eyes Blue”, “I’ll Get Over You”, and “Talking in Your Sleep.” During the 1970s and 1980s, she had twenty #1 country hits and six albums certified gold by the Recording Industry Association of America. Her first single was released in 1970. She was born Brenda Gail Webb in Paintsville, Kentucky, on January 9, 1951, to Clara Marie and Melvin Theodore Webb. She has been married to Vassilios Gatzimos since June 3, 1971. They have two children; Catherine Clare and Christos James. 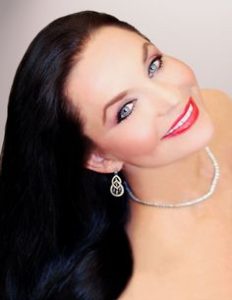 Crystal Gayle Facts:
*She has Tsalagi ancestry.
*She started to play guitar from a young age.
*She moved to Wabash, Indiana with her family at age four.
*She was the first female artist in country music history to reach platinum sales, with her 1977 album We Must Believe in Magic.
*She was voted one of the 50 most beautiful people in the world in 1983.
*She has a star on the Hollywood Walk of Fame.
*Follow her on Twitter, Myspace, Facebook and YouTube.