Curtis Harris is an American actor. He is best known for his role as Miles Preston in the Nickelodeon series The Haunted Hathaways. In 2012, Harris appeared as Young Will in Abraham Lincoln: Vampire Hunter. Other notable acting roles include Justice Baines in L.A.’s Finest, Henry in Doc McStuffins, Christopher Broyles in Fringe, Tyler in Grey’s Anatomy, Isaac in Special Agent Oso, CJ Burleson in Little in Common, Scottie in Crash & Bernstein, and Gurt Fastburger in Back-Up Beep Beep System. 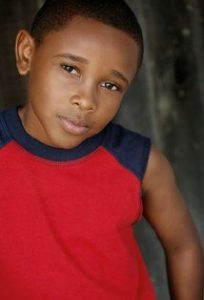 Curtis Harris Facts:
*He was born on June 27, 2001 in California, USA.
*His younger brother, Caleel Harris, also an actor.
*He made his television debut in a 2009 episode of Grey’s Anatomy entitled “I Always Feel Like Somebody’s Watchin’ Me.”
*He starred as Miles Preston on the Nickelodeon television series The Haunted Hathaways from 2013 to 2015.
*He played Young Will in the 2012 film Abraham Lincoln: Vampire Hunter.
*Follow him on Twitter and Facebook.