Daisy Lowe is a British fashion model, best known as the daughter of Gavin Rossdale, lead singer for Bush, and Pearl Lowe, the singer-songwriter turned textile and fashion designer. Lowe has modelled for editorial photo shoots, commercial advertising campaigns and at fashion shows. She has appeared in editorials for Tatler, Elle, GQ, Vogue, Paradis, Teen Vogue, Dirty Glam, Marie Claire, Interview, Jalouse, Grazia, InStyle, Nylon and The Sunday Times Style amongst many others. Born Daisy Rebecca Lowe on January 27, 1989 in London, England, to parents Gavin Rossdale and Pearl Lowe, she belongs to both Jewish and Scottish descent. She has two younger half-brothers and a half-sister from her mother’s marriage to Danny Goffey; Alfie, Betty and Frankie. She also has three younger half-brothers from her father’s marriage to Gwen Stefani; Apollo, Zuma and Kingston. At 15, Lowe signed with Select modeling agency after a scout for the agency saw her walking around Camden Town. She had an on/off relationship with actor Matt Smith between 2010 and 2014. 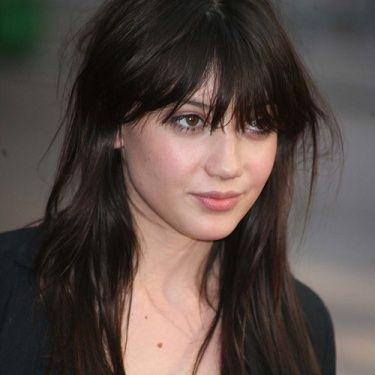 Daisy Lowe Facts:
*She was born on January 27, 1989 in London, England, UK.
*She is the daughter of Gavin Rossdale and Pearl Lowe.
*She began modelling at the age of 2.
*She was educated at South Hampstead High School.
*In 2010, she was chosen to be in the Pirelli Calendar photographed by Terry Richardson in Bahia, Brazil.
*She was ranked #29 in the 2011 FHM list of “100 Sexiest Women in the World”.
*She was featured in the music video for Miles Kane’s “Come Closer” in 2011.
*Follow her on Twitter and Instagram.