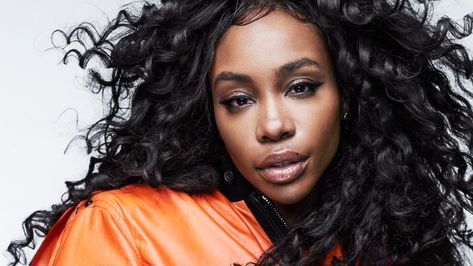 SZA Facts:
*Born on November 8, 1990 in St. Louis, Missouri, she was raised as an orthodox Muslim
*Her mother was an executive at AT&T, while her father was an executive producer at CNN.
*In her teenage years, she was very active in sports, including gymnastics and cheerleading. She was ranked as one of the best gymnasts in the country.
*She was a hijabi, but stopped wearing them after 9/11 due to constant bullying.
*She self-released her debut EP, See.SZA.Run in 2012.
*She released her debut album Ctrl in 2017.
*She got her first tattoo at the age of 13.
*Visit her official website: www.szactrl.com
*Follow her on Twitter, SoundCloud, YouTube, Facebook and Instagram.