Pedro Alonso is a Spanish actor. He is best known for his portrayal of Andrés “Berlin” de Fonollosa in the Spanish heist series Money Heist, and for his role as Diego Murquía in the historical drama series Gran Hotel. His other notable television appearances include: Rías Baixas, Maridos e mulleres, Bajo sospecha, Padre Casares and Gondar. His movie credits include Insomnio, Noviembre, La noche del hermano, 18 Meals, and Todo lo que tú quieras. In 2017, Alonso was nominated for Fotogramas de Plata for Best TV Actor for Money Heist. 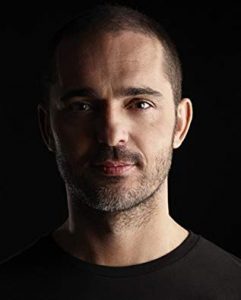 Pedro Alonso Facts:
*He was born on June 21, 1971 in Vigo, Spain.
*He studied at the Royal School of Dramatic Arts and the Teatro de la Danza.
*His talent agent is Susana Cordoba.
*In 2018 he was named “International Star of the Year” by GQ Turkey.
*He’s ambidextrous and speaks Spanish, English, Catalan and Galician.
*He is in a relationship with Parisian hypnotherapist and artist Tatiana Djordjevic.
*Follow him on Instagram.