Daisy Ridley is an English actress. She is best known for her portrayal of Rey in the Star Wars film series: The Force Awakens, The Last Jedi, and The Rise of Skywalker. In 2018, Ridley starred in the titular role in Ophelia, a reimagining of the Hamlet tale, alongside Clive Owen and Naomi Watts. She has appeared as a guest-star in several television series such as Casualty, Toast of London, Younger and Silent Witness. Born Daisy Jazz Isobel Ridley on April 10, 1992 in Westminster, London, England, to parents Louise Fawkner-Corbett and Chris Ridley, she is the great-niece of Dad’s Army actor Arnold Ridley. Ridley attended the Tring Park School for Performing Arts, in Hertfordshire, England, where she trained in musical theater and graduated in 2010, at the age of 18. In 2017, Ridley began dating Murder on the Orient Express co-star Tom Bateman. 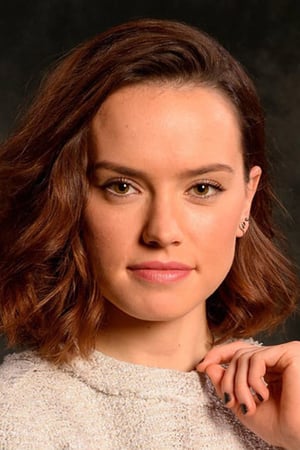 Daisy Ridley Facts:
*She was born on April 10, 1992 in Westminster, London, England, UK.
*Her great-uncle was Dad’s Army actor Arnold Ridley.
*She has two older sisters named Poppy Sophia and Kika Rose, as well as two older half-sisters.
*She made her screen acting debut in the 2013 short film Lifesaver.
*She was appeared in rapper Wiley’s 2013 music video “Lights On.”
*She suffers from endometriosis, caused by polycystic ovaries, which required her to undergo multiple laparoscopic surgeries.
*She has a tattoo of three stars on her left foot that she got when she was 15, a tattoo of the alchemical symbol of air on her upper right thigh, and a peace symbol tattoo behind her right ear.
*She is left-handed.
*She won “Best Breakthrough Performance” at the MTV Movie Awards on her 24th birthday.
*She is a fan of The Great British Baking Show and an avid baker herself.
*She is allergic to cats.
*She has a green belt in kickboxing.
*Follow her on Instagram.