Kenny Wormald is an American dancer, reality TV star and actor. He is best known for his portrayal of protagonist Ren McCormack in the 2011 remake of 1984’s Footloose. He also starred as Pete in the movie Cavemen (2013), and played the role of Topher in the movie Kid Cannabis (2014). In 2007, Wormald joined the cast of the MTV reality television series Dancelife. He has also appeared in music videos for Madonna, Christina Aguilera, Nelly Furtado, Mariah Carey, Chris Brown, BoA and JoJo. Born Kenneth Edgar Wormald on July 27, 1984 in Boston, Massachusetts, to parents Melanie and Edgar K. Wormald, he grew up in Stoughton, Massachusetts, where he graduated from Stoughton High School in 2002. His ancestry includes English, Irish, Italian, Finnish, German, Lithuanian and Swedish. He has two brothers named Dylan and Lee. Wormald made his television debut in an episode of The Drew Carey Show in 2002. He has dated pop singer Lauren Bennett. 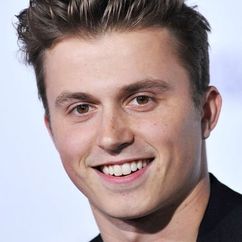 Kenny Wormald Facts:
*He was born on July 27, 1984 in Boston, Massachusetts, USA.
*He began taking dancing lessons at the age of six.
*He was named Teen Mr. Dance of Boston and Teen Mr. Dance of New England.
*He starred as a dancer in the film You Got Served (2004).
*He played Ren McCormack in the 2011 remake of the Paramount film Footloose.
*He was in a relationship with Ashley Roberts of the Pussycat Dolls for three years.
*Follow her on Twitter, YouTube, Facebook and Instagram.