David Goffin is a Belgian professional tennis player who achieved a career-high singles ranking of World No. 7 on November 20, 2017. Turning professional in 2009, Goffin is currently the highest ranked Belgian male and the first to reach the ATP top 10. He has won four ATP titles, and has reached nine other ATP finals, most notably at the 2017 ATP World Tour Finals. 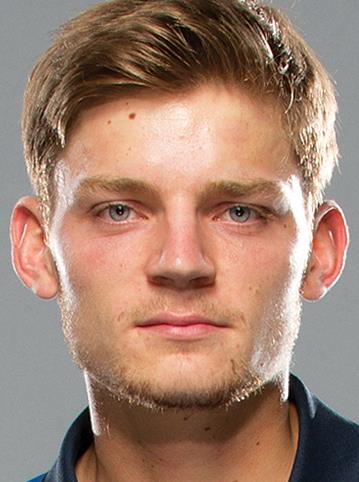 David Goffin Facts:
*He was born on December 7, 1990 in Liège, Belgium.
*He turned professional in 2009.
*He won his first professional match at the 2011 Chennai Open.
*He reached his first Masters 1000 semifinal in March 2016 at Indian Wells.
*He reached the fourth round at 2016 Australian Open, where he lost to Roger Federer in four sets.
*He has reached the quarterfinals of the 2016 French Open and the 2017 Australian Open, losing to rivals Dominic Thiem and Grigor Dimitrov respectively.
*At the 2017 ATP World Tour Finals, Goffin defeated Dominic Thiem, world No. 1 Rafael Nadal and world No. 2 Roger Federer en route to the final where he lost to Grigor Dimitrov.
*Follow him on Twitter, Facebook and Instagram.