Dalmar Abuzeid is a Canadian actor. He is best known for his portrayal of Danny Van Zandt in Degrassi: The Next Generation, and for his role as Bash in the second season of Anne with an E. He also appeared in the 2014 film Pompeii. He has also been a host of TVOKids, and the Kids CBC series Snapshots. 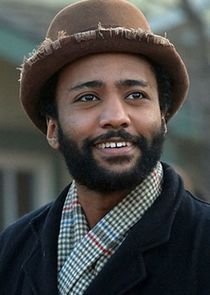 Dalmar Abuzeid Facts:
*He was born on October 23, 1990 in Toronto, Ontario, Canada.
*He is an only child.
*He began appearing in television advertisements at a young age.
*He played Danny Van Zandt on the series, Degrassi: The Next Generation.
*He used to play bass guitar in a band called SoundSpeed, which included other Degrassi cast members: Scott Paterson, Raymond Ablack, Jamie Johnston, and Shane Kippel.
*He is friends with Scott Paterson, Paula Brancati, Raymond Ablack, Shane Kippel, Melinda Shankar, and Luke Bilyk.
*Follow him on Twitter, Facebook and Instagram.