Dan Falzon is an Australian actor, best known for his portrayal of Rick Alessi on the Australian soap opera Neighbours. He is also known for his recurring role as Paul on the early 1990s series Kelly. He also appeared as a park ranger in the Channel Nine drama The Alice. Also a musician, Falzon released a single titled “Seventeen” with a pop music group called Milk. Currently Falzon is employed by St John Ambulance (NT) Inc. as a paramedic in Alice Springs, along with his two brothers, Ben and Tom, who also run an eco-tourism business together, Milikom. 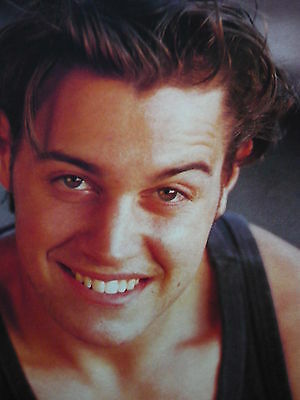 Dan Falzon Facts:
*Born Daniel Jon Falzon on November 24, 1972 in Australia, he is of Maltese descent.
*He has tow brothers named Ben and Tom.
*He made his Neighbours debut in a June 8, 1992 episode of the popular series.
*He portrayed the role of Rick Alessi on the Australian soap opera Neighbours from 1992 to 1995.
*He uses the YouTube username federationphantom to broadcast a personal diary from Earth Sanctuary.