Dani Dyer is a British actress, model and reality television personality who won the fourth series of the ITV2 reality series Love Island in 2018. She has played prominent roles in the films Vendetta, Age of Kill and We Still Kill The Old Way. Dyer made her stage debut in Nativity! The Musical in 2018. She has launched her own successful record-breaking fashion range with In The Style and and has starred in her own hit reality show with ITVBe. Born Dani Charlotte Dyer on August 8, 1996 in Newham, London, England, to parents Joanne Mas and Danny Dyer, she has two younger siblings, a sister named Sunnie, and a brother named Arty. She made her theatrical film debut in the 2006 romantic comedy film, The Other Half. [© celebsfacts.com] In 2018, she dated Love Island co-star Jack Fincham. 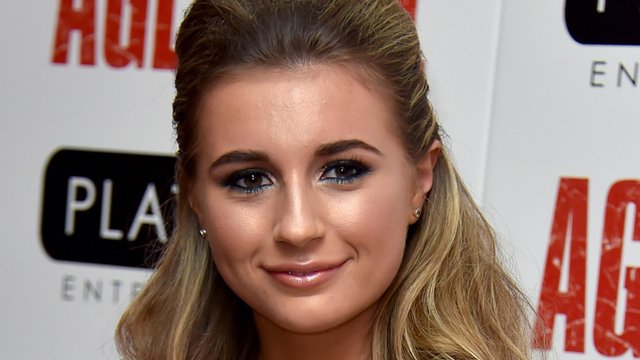 Dani Dyer Facts:
*She was born on August 8, 1996 in Newham, London, England, UK.
*She is the daughter of actor Danny Dyer.
*She made her stage debut in Nativity! The Musical in 2018.
*She appeared in the ITV2 reality series Love Island in 2018, where she won the series alongside Jack Fincham.
*Follow her on Twitter and Instagram.