David Blaine is an American magician, best known for his high-profile feats of endurance and has set and broken several world records. His stunts include being frozen in a block of ice, starving, and hovering. He has performed magic for President George W. Bush, President Bill Clinton and Secretary of State Hillary Clinton, Secretary of Defense Donald Rumsfeld (at the Pentagon), Governor Arnold Schwarzenegger, Henry Kissinger, Bill Gates and Mayor Michael Bloomberg. He has also performed for the President of Russia Dmitry Medvedev, the President of Ukraine Victor Yanukovych, the President of Georgia Mikheil Saakashvili, and the President of Kazakhstan Nursultan Nazarbayev. Blaine has also performed for many other people, including Google founders Larry Page and Sergey Brin, Woody Allen, Jack Nicholson, Robert De Niro, Lakshmi Mittal, Al Pacino, and Muhammad Ali. He has also performed magic alongside Michael Jackson. Born David Blaine White on April 4, 1973 in Brooklyn, New York, his father, William Perez, was a Vietnam veteran while his mother was Patrice Maureen White, a school teacher. He was inspired to become a magician when he saw a magician performing at a magic show in the subway. Blaine’s first special, David Blaine: Street Magic, was a ratings hit in 1997. On April 30, 2008, he set a new world record when he held his breath underwater for 17 minutes 4 seconds. Blaine and French actress Alizée Guinochet have one daughter, Dessa. 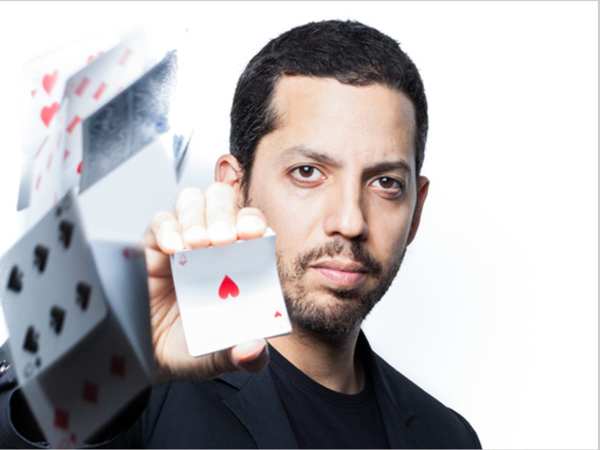 David Blaine Facts:
*He was born on April 4, 1973 in Brooklyn, New York, USA.
*He was raised by his single mother.
*His mother married another man when David was ten years old, and the family moved to Little Falls, New Jersey.
*His mother died of cancer in 1994.
*He performed his first endurance stunt in 1999.
*He has made special guest appearance in several talk shows including The Tonight Show Starring Jimmy Fallon.
*In 2002, Blaine stood on a 100-foot pole in New York for 35 hours.
*Visit his official website: www.davidblaine.com
*Follow him on Twitter, YouTube, Facebook and Instagram.