David Marciano is an American actor known for his portrayals of Detective Raymond Vecchio in the television series Due South and as Detective Steve Billings in the FX police drama The Shield. From 1991 to 1993, Marciano played the role of bicycle messenger/poet Jeffrey Lassick in legal drama Civil Wars and portrayed Virgil in the Showtime series Homeland from 2011 to 2013. He also had a recurring roles in the Amazon original series Bosch and Syfy’s 12 Monkeys. He played Tony in the 1989 American crime comedy-drama film Harlem Nights. Born on January 7, 1960 in Newark, New Jersey, Marciano moved to California in 1985, and studied acting at the Drama Studio London in Berkeley, earning a living by working as a bartender. He has two daughters, Ariana Grace and Mina Chiara and one son, Marcello with Katayoun A. Marciano whom he married in 1991. 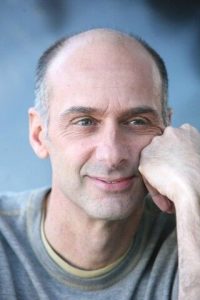 David Marciano Facts:
*He was born on January 7, 1960 in Newark, New Jersey, USA.
*He studied acting at the Drama Studio London in Berkeley.
*He portrayed Detective Steve Billings on The Shield between Season 4 and Season 7.
*He played the role of Detective Ray Vecchio on the Due South television series.
*His son Marcello is autistic.
*Follow him on Twitter and Instagram.