Sloane Morgan Siegel is an American actor. He is best known for his role as Gortimer Gibbon in the Amazon Studios Original Series Gortimer Gibbon’s Life on Normal Street, for which he won the Best Actor in a TV Series award at the Young Artist Awards in 2015. In 2012, Siegel had a recurring role on the CBS sitcom, “Partners”. He has made guest appearances in several television shows such as “The Goldbergs”, “Wendell & Vinnie”, “Modern Family”, “Big Time Rush”, “The Neighbors”, and “The Tonight Show”. 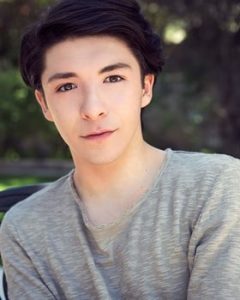 Sloane Morgan Siegel Facts:
*Born on November 22, 2000 in Washington, District of Columbia, he was raised on a Rescue Farm in Falling Waters, West Virginia until age 10.
*He started his acting career in Las Vegas at the age of 9.
*He took part in an amateur acting competition at age 9 in Las Vegas.
*He portrayed the titular character on the Amazon Studios TV series Gortimer Gibbon’s Life on Normal Street from 2014 to 2016.
*He can both sing and dance.
*Visit his official website: www.sloanemorgansiegel.com
*Follow him on Twitter, Facebook and Instagram.