American singer-songwriter whose debut single “Hide Away” became an international hit, peaking within the top 40 in eight countries including the US. Daya released her debut studio album Sit Still, Look Pretty, in October of 2016. In 2017, she was nominated for a Grammy Award for Best Dance Recording for her work on the song “Don’t Let Me Down” from the Chainsmokers. Born Grace Martine Tandon on October 24, 1998 in Pittsburgh, Pennsylvania, to parents Christine and Hans Tandon, she is of Indian, Irish, and German descent. She has four sisters, Celia, Mariana, Rachel, and Avery. She graduated in 2016 from Mt. Lebanon High School. 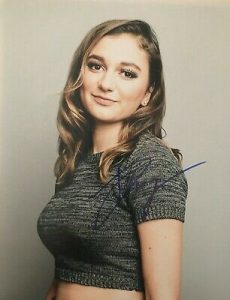 Daya Facts:
*She was born on October 24, 1998 in Pittsburgh, Pennsylvania, USA.
*Her birth name is Grace Martine Tandon.
*She started playing piano at three, and transitioned to jazz piano at eleven.
*She is signed to Artbeatz, Z Entertainment, and RED Distribution.
*Her debut self-titled EP was released in November 2015.
*Her debut single “Hide Away”, peaked at #23 on Billboard Hot 100.
*She came out publicly as bisexual in October 2018 for National Coming Out Day.
*Visit her official website: www.theofficialdaya.com
*Follow her on Twitter, YouTube, Facebook and Instagram.