Deanna Russo is an American actress, director, producer, and writer. She is best known for her role as Dr. Logan Armstrong on the soap opera The Young and the Restless. She played Sarah Graiman on TV movie Knight Rider. She has made guest appearances in a number of television shows including CSI and Charmed. Born on October 17, 1979 in New Jersey, to Ed Russo and Diana Forzani, her career was began as a local theatre actress. She attended and graduated from Bernards High School in Bernardsville, New Jersey with the Class of 1998 and Graduated from Rollins College in Winter Park, Florida with a bachelor’s degree in psychology in 2002. She has been married to Michael Cassady since 2014. They have a daughter together. 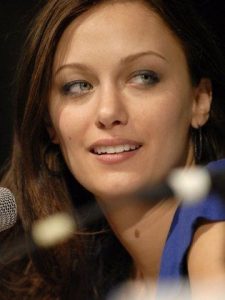 Deanna Russo Facts:
*She began her career as a local theatre actress.
*She briefly modeled for two years.
*She has been featured in many magazines such as Health and Brides.
*Visit her official website: www.deannarusso.com
*Follow her on Twitter, Facebook and Instagram.