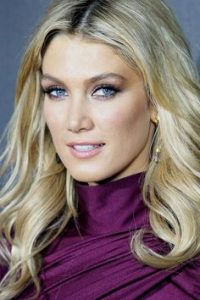 Delta Goodrem Facts:
*She was born on November 9, 1984 in Sydney, New South Wales, Australia.
*Growing up, she enrolled in dancing, acting, singing and piano classes.
*At the age of 15, she signed to Sony Music.
*Her debut album, Innocent Eyes, is one of the highest-selling Australian albums of all time, with over four million copies sold.
*She has a total of nine number-one singles and 17 top-ten hits on the ARIA Singles Chart.
*She played Nina Tucker on the Australian soap opera Neighbours.
*She has served as a judge on several seasons of The Voice Australia.
*Her mentor, idol and good friend is Olivia Newton-John.
*She was diagnosed with Hodgkin’s lymphoma in 2003.
*Visit her official website: www.deltagoodrem.com
*Follow her on Twitter, YouTube, Facebook and Instagram.