Diana Haddad is a singer and television personality of dual Lebanese and Emirati citizenship. Her debut album, Saken, was released in 1996, which became the best selling albums of 1996, being certified platinum by Haddad’s label Stallions Records. Born as Diana Joseph Fouad Haddad in a small village, Bsalim in Lebanon, Diana is the daughter of Joseph Haddad, a Maronite Christian, and Mouna Haddad, a Muslim. She married to Emirati businessman Suhail Al-Abdul in 1995, and the couple had two daughters named Sophie and Mira before getting divorced in 2009. 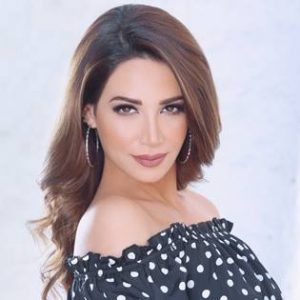 Diana Haddad Education:
She was educated at the national school in Fahaheel District, Kuwait.
She earned a diploma in computer science in 1992.

Diana Haddad Facts:
*She was born in a small village called Bsalim in Lebanon
*Her father is a Maronite Christian, while her mother is a Muslim.
*She was Ambassador of Goodwill for Human Rights & Peace in 2011.
*Follow her on Twitter, Facebook, YouTube, and Instagram.