Lisa Robin Kelly was an American actress. Best remembered by the public for her role as Laurie Forman on the Fox sitcom That ’70s Show. Kelly was born Lisa Robin Kelly in Southington, Connecticut, the daughter of Linda Diane Grimm and Thomas C. Kelly. She spent her childhood in Southington, Connecticut, and later lived and worked in Los Angeles, California. She made her screen debut in the 1992 Married… with Children episode “Kelly Doesn’t Live Here Anymore”. 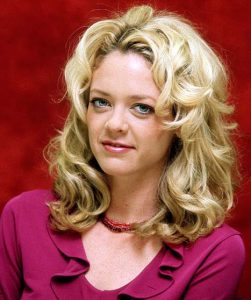 Lisa Robin Kelly Education:
She attended and graduated from the Goodman School of Drama at Depaul University with a BFA in Acting in 1992.

Lisa Robin Kelly Facts:
*She was born and raised in Southington, Connecticut.
*She made her screen debut in the 1992 Married… with Children episode “Kelly Doesn’t Live Here Anymore”.
*She was arrested for driving under the influence of alcohol in 2010 and 2013.