Diane Guerrero is an American actress and author. She is best known for her portrayal of Maritza Ramos on the Netflix comedy series Orange Is the New Black, and for her role as Lina on The CW series Jane the Virgin. She also starred as Sofia in the CBS situation comedy Superior Donuts and joined the cast of the DC Universe series Doom Patrol as Crazy Jane in July 2018. She provided the voice of Vestia in the computer-animated adventure television series Elena of Avalor. Born on July 21, 1986 in New Jersey, USA, she was raised in Boston, Massachusetts. Her other family members deported back to Colombia when she was fourteen years old. Guerrero is the only member of her immediate family that has American citizenship. She attended the Boston Arts Academy, a performing arts high school. She also attended Boston Arts Academy where she sang in a jazz group. In 2014, she began dating Joseph Ferrera. 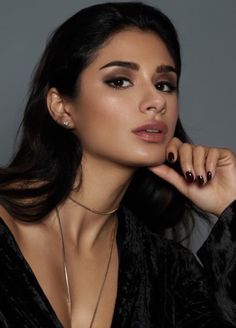 Books: In the Country We Love, My Family Divided: One Girl’s Journey of Home, Loss, and Hope

Diane Guerrero Facts:
*She was born on July 21, 1986 in New Jersey, USA.
*She grew up in Boston, Massachusetts.
*She used to work in retail and coffee shops as a teenager.
*After college, she worked in a law office.
*She became the first actress to play the DC Comics character Kay Challis/Crazy Jane in a live-action adaptation.
*She was born on the same date as Betty Gilpin.
*In 2016, she published a memoir In the Country We Love (a memoir about her parents being detained and deported when she was fourteen).
*She is the only member of her immediate family with US citizenship.
*She has been in a relationship with Joseph Ferrera since 2014.
*Follow her on Twitter, Facebook and Instagram.