Vincent Herbert is an American songwriter, R&B producer and television personality who has collaborated with popular artists such as Tatyana Ali, JoJo, Toni Braxton, Aaliyah, and Lady Gaga. He co-starred with his ex-wife, Tamar Braxton, in their WE tv reality series Tamar & Vince. Herbert is the founder of Streamline Records, an imprint of Interscope Records. Born Vincent Jerone Herbert on January 27, 1973 in Newark, New Jersey, USA, he has one brother named Chris. Herbert attended Cambridge Christian School for grades 8–12. He married singer Tamar Braxton in 2008 and they had a child named Logan Vincent Herbert in 2013 before separating in 2018. 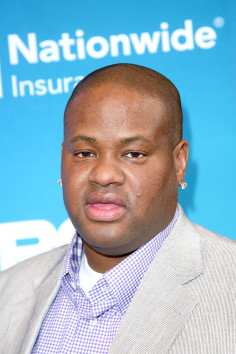 Vincent Herbert Facts:
*He was born on January 27, 1973 in Newark, New Jersey, USA.
*He developed an interest in music at age 10 and began his career as a music producer in 1989.
*He is the founder of Streamline Records, an imprint of Interscope Records.
*Herbert and his ex-wife, Tamar Braxton, starred in the reality TV show Tamar & Vince.
*Follow him on Twitter and Instagram.