Dianne Wiest is an American actress, known for her roles in the films The Lost Boys, Parenthood and The Birdcage and on the TV show In Treatment. For her performances in Hannah and Her Sisters and Bullets over Broadway, she won Academy Awards for Best Supporting Actress. For her roles in the series Road to Avonlea and In Treatment, she received Emmy Awards. Born Dianne Evelyn Wiest in Kansas City, Missouri, on March 28, 1948, she is the daughter of Anne Stewart and Bernard John Wiest. She is of German and Croatian descent on her father’s side, and of Scottish descent on her mother’s side. She is a University of Maryland graduate with a degree in Arts and Sciences. She adopted two daughters, Lily and Emily. 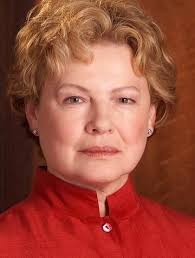 Dianne Wiest Facts:
*Her mother was a nurse and her father was a college dean and former psychiatric social worker for the U.S. Army.
*She studied ballet at Nurnberg American High School.
*She was in a long relationship with Sam Cohn in the 1980s.
*One of Brad Pitt’s favorite actress.