Scott Speedman is a British-Canadian actor of film and television. He is famous for his portrayal of Ben Covington in the television series Felicity. He can also be recognized for his role Michael Corvin in the gothic horror–action Underworld films. He played Detective Bobby Keough in the 2002 film Dark Blue. Born on September 1, 1975 in London, England, UK, to Scottish parents Mary and Roy Speedman, Robert Scott Speedman grew up in Toronto, Canada. He has one sister, Tracey. 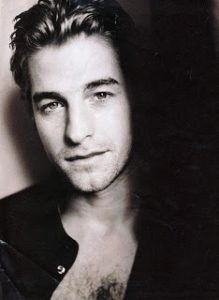 Scott Speedman Facts:
*He is of Scottish descent.
*His mother, Mary Campbell, was an Olympic athlete.
*He is good friend of Len Wiseman and Kate Beckinsale.

“Sexy is a girl who’s comfortable with herself. Long legs are beautiful…and also a nice neck“. – Scott Speedman