Dino Morea is an Indian actor and a former model who appears mainly in Hindi films. He is best known for his role as Aditya Dhanraj in the 2002 Indian supernatural horror film Raaz, for which, he won Dynamic Duo-with Bipasha Basu at the Zee Cine Award in 2003. His other notable film appearances include: Gunaah, Baaz: A Bird in Danger, Sssshhh…, Rakht and Acid Factory. Morea was a contestant on the reality show Khatron Ke Khiladi in 2010. 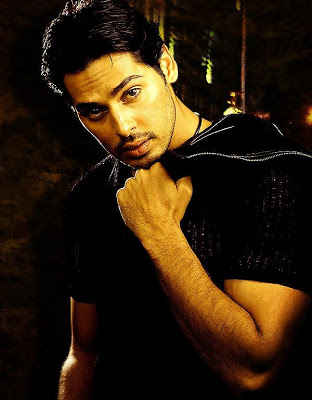 Born on December 9, 1975 in Bengaluru, India, to an Italian father and an Indian mother, Morea has one younger and one older brother. His family moved to Bangalore, Karnataka from Italy when he was seven years old. Morea initially attended Bangalore Military School, graduated from St. Joseph’s College in Bangalore and also went to Clarence High School. He was in a relationship with Bipasha Basu from 1996 to 2002.

Dino Morea Facts:
*He was born on December 9, 1975 in Bengaluru, India.
*His parents are Edna Morea and Ronnie Morea.
*He made his acting debut in the TV series Captain Vyom.
*He made his film debut in Pyaar Mein Kabhi Kabhi (1999).
*He first used the screen name ” Siddhanth” for his first film.
*Follow him on Twitter, Facebook and Instagram.