American actor who was best known for his role as Samuel “Screech” Powers in the television show Saved by the Bell, a role he played for close to thirteen years from its beginning as Good Morning, Miss Bliss through its final incarnation, Saved by the Bell: The New Class. Diamond was also featured on a number of game and reality shows including Celebrity Boxing 2 and The Weakest Link, and made several cameo appearances in films, including Made and Dickie Roberts: Former Child Star. He was a cast member of the fifth season of Celebrity Fit Club in 2007. 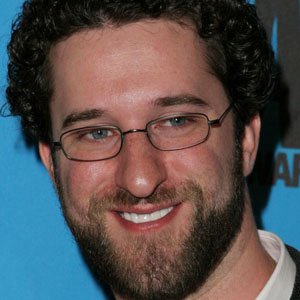 Born Dustin Neil Diamond on January 7, 1977 in San Jose, California, to parents Jaimee and Mark Diamond, he is of Ashkenazi Jewish descent on his father’s side, and of English, Irish, and Scottish descent on his mother’s side. Diamond was educated at Zion Lutheran School. In January 2021, Diamond was diagnosed with extensive stage small cell carcinoma of the lungs. He died from the disease while undergoing chemotherapy in Cape Coral, Florida on February 1, 2021 at the age of 44.

Dustin Diamond Facts:
*He was born on January 7, 1977 in San Jose, California, USA.
*He began acting as a child.
*He starred as Screech on the hit show Saved by the Bell.
*He was ranked #16 in VH1’s list of the 100 Greatest Kid Stars.
*On BBC Three Diamond was named in their Top 100 Annoying People List of 2006.
*He was a contestant on Hulk Hogan’s Celebrity Championship Wrestling, broadcast on CMT in 2008.
*He had a black belt in karate.
*He was left-handed.
*He was a huge fan of professional wrestling.