Diora Baird is an American actress and former model for Guess? who played Vivian in Wedding Crashers and played Nadine in the 2009 film Stan Helsing. Her other well-known films include Accepted, The Texas Chainsaw Massacre: The Beginning, Young People Fucking, My Best Friend’s Girl, and Transit. Her television credits include Big Day, The Loop, Robot Chicken, hameless, and Angel from Hell. Born Diora Lynn Baird on April 6, 1983 in Miami, Florida, USA, she first entered into acting after her mother enrolled her in acting classes. She was featured on the cover of Playboy magazine in the August 2005 issue. She had a son with Jonathan Togo, whom she was married to from 2013 to 2016. 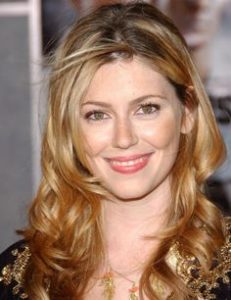 Diora Baird Facts:
*She was born on April 6, 1983 in Miami, Florida, USA.
*She once modeled for Guess?.
*She ranked #76 in 2007 and #64 in 2008 in Maxim magazine’s Hot 100 list.
*Before entering the modeling industry, she worked various jobs including waitress.
*She was in a relationship with Taylor Handley from 2005 to 2007.
*She came out publicly in an interview with The Advocate magazine that after years of assuming herself to be asexual, she identifies as lesbian
*On December 29, 2017, Baird became engaged to comedian Mav Viola.
*Follow her on Twitter and Instagram.