British rapper, songwriter and record producer who grew out of the UK Garage music scene. Dizzee founded the record label Dirtee Stank in 2003. His debut studio album, Boy in da Corner (2003) became one of the most acclaimed records of 2003 and went on to win the Mercury Prize for best album from the UK and Ireland. This album also peaked at number 23 on the British albums chart and sold over 250,000 copies worldwide by 2004. Dizzee’s notable hit songs include “Dance wiv Me”, “Bonkers”, “Holiday”, “Dirtee Disco” and “Shout”. 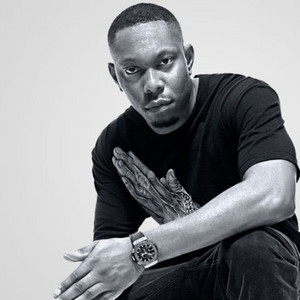 Dizzee Rascal Facts:
*Born in Bow, London, United Kingdom, to Nigerian father and Ghanaian mother, his father died when Dizzee was young, and he was raised in Bow.
*His real name is Dylan Kwabena Mills.
*At age 14, he began DJing and became a part of Roll Deep Crew in 2002.
*His début album Boy in da Corner, earned him the 2003 Mercury Prize, and was the youngest person (at 19) to do so.
*In November 2004, he took part in the Band Aid 20 re-recording of “Do They Know It’s Christmas?”.
*He released the hit single “Dance wiv Me” in 2008.
*His music is a combination of both garage and hip-hop beats.
*He has been described as “the vital unvarnished voice of modern-day inner-city UK.”
*He dated model Kaya Bousquet, who died in a high-speed crash on the M1 motorway in 2008.
*He is a supporter of English Fooltball Club, West Ham United F.C.
*He received an honorary Doctorate of the Arts from the University of East London in 2013.
*Visit his official website: www.dizzeerascal.co.uk
*Follow him on Twitter, YouTube, SoundCloud, Facebook and Instagram.