Dohn Norwood is an American actor. He is best known for portraying Debra Psalms Jackson on the AMC western drama series Hell on Wheels from 2011 to 2016. He also portrayed Ted Conlin in the season two Station 19 episode Friendly Fire. In 2017, Norwood began starring in USA Network’s limited drama series The Sinner. He has also appeared in the films Custody Road, All the Way, Bruce Almighty, and 15 Minutes of Fame. Born Dohn W. Norwood on July 3, 1974 in Indianapolis, Indiana, USA, he did his schooling from Broad Ripple High School and earned his bachelor’s degree at Morehouse College. He also obtained an MFA in Acting from University of California, San Diego (UCSD). He has been married to Marlene Glasper since 2013. 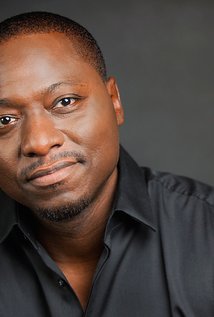 Dohn Norwood Facts:
*He was born on July 3, 1974 in Indianapolis, Indiana, USA.
*From 2011 to 2016, he played Psalms Jackson in the AMC series Hell on Wheels.
*He holds an MFA in Acting from University of California, San Diego (UCSD).
*He married Marlene Glasper in 2013.
*He is residing in Los Angeles, California.
*Follow him on Twitter.