Dominique McElligott is an Irish actress. She is best known for her roles as Lily Bell in the AMC series Hell on Wheels, Louise Shepard in ABC’s The Astronaut Wives Club, Hannah Conway in the fourth and fifth season of the Netflix show House of Cards, and Kathleen Moore in Billy Ray’s 2016 series The Last Tycoon. Her notable film roles include Moon, Leap Year, The Guard, and Blackthorn. In 2019, she played Queen Maeve in the Amazon series The Boys. Born on March 5, 1986 in Dublin, Ireland, she made her acting debut in 2001 with the RTE drama On Home Ground. 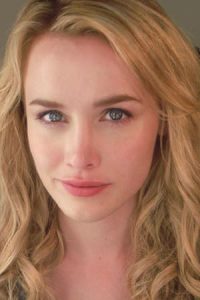 Dominique McElligott Facts:
*She was born on March 5, 1986 in Dublin, Ireland.
*Known for appearing in independent films.
*She made her acting debut in RTE drama On Home Ground, in 2001.