Edwina Findley is an American actress best known for her role as Kelly Issacs in the Oprah Winfrey Network prime time soap opera, If Loving You Is Wrong. She is also known for her role as Rosie in the 2012 independent film Middle of Nowhere, and her recurring roles in the HBO television dramas The Wire and Treme. Findley’s other notable works include One Life to Live, Brothers & Sisters, Shots Fired, Fear the Walking Dead, Black Lightning, and the 2015 independent film, Free in Deed, for which she received an Independent Spirit Award for Best Supporting Female nomination. Born on October 30, 1980 in Washington, D.C., USA, to parents Rose West and Alfonso Findley, she studied theatre and classical music at the Duke Ellington School of the Arts in Washington, DC, and graduated from New York University’s Tisch School of the Arts in New York. She made her prime-time debut as “Tosha Mitchell” on HBO’s The Wire. She has been married to Kelvin Dickerson since November 17, 2012. Together they have one daughter, Victoria Rose. 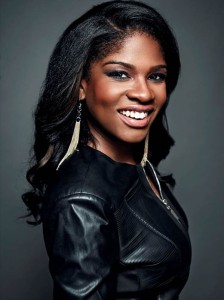