Dominic Monaghan is a German-born British actor. He is best known for his portrayal of Meriadoc “Merry” Brandybuck in Peter Jackson’s fantasy epic film trilogy The Lord of the Rings, and for his role as Charlie Pace on the supernatural television show Lost. Monaghan’s other notable works include X-Men Origins: Wolverine, Star Wars: The Rise of Skywalker, Hetty Wainthropp Investigates, Atomica, I Sell the Dead, Shooting Livien, FlashForward, and 100 Code. From 2012 to 2016, Monaghan hosted the nature programme Wild Things with Dominic Monaghan. 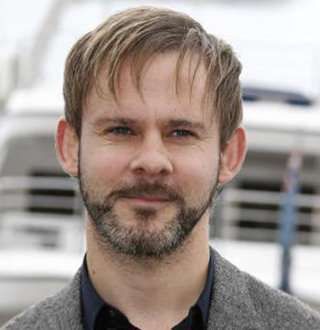 Born Dominic Bernard Patrick Luke Monaghan on December 8, 1976 in Berlin, Germany, to British parents Maureen and Austin Monaghan, he has one older brother named Matthew. When Dominic was about 11 years old, his family moved from Germany to Heaton Moor in Stockport, England. He attended St Anne’s Roman Catholic High School and studied English literature, drama, and geography at Aquinas College. He was in a relationship with his Lost co-star Evangeline Lilly from 2004 to 2007.

Dominic Monaghan Facts:
*Born on December 8, 1976 in Berlin, Germany, he has English and Irish ancestry.
*He learned karate in as a child.
*He first achieved fame as Hetty Wainthropp’s sidekick Geoffrey in Hetty Wainthropp Investigates.
*He made his film debut as Sasha in the television film Hostile Waters (1997).
*He bought a forest in India in early 2003, to help protect the environment.
*He has a tattoo on his right arm of the English word “nine” written with the Tengwar script.
*He has a tattoo of two stars on the top of his foot.
*He has a habit of writing on his hands.
*He is fluent in German.
*He likes Radiohead, Coldplay, The Beatles and The Smiths.
*He is an avid supporter of English Fooltball Club, Manchester United and his favorite players include Roy Keane, David Beckham, Ryan Giggs, Eric Cantona and Ruud van Nistelrooy.
*Follow him on Twitter and Instagram.