Dominic Sherwood is an English actor and model. He is best known for starring as Christian Ozera in the teen vampire film Vampire Academy, Jace Herondale on the Freeform fantasy series Shadowhunters and Kurt in the dark fantasy TV series Penny Dreadful: City of Angels. In 2016, Sherwood co-starred in the thriller film Billionaire Ransom alongside Ed Westwick and Jeremy Sumpter. Born Dominic Anthony Sherwood on February 6, 1990 in Royal Tunbridge Wells, Kent, to parents Mary and Alfred Sherwood, he has three brothers and a sister. Sherwood attended Oakwood Park Grammar School in Maidstone for his secondary school education, and studied drama and theatre in Maidstone and Sevenoaks. From 2015 to 2017, Sherwood dated actress Sarah Hyland. Currently, he is dating Instagrammer Niamh Adkins. 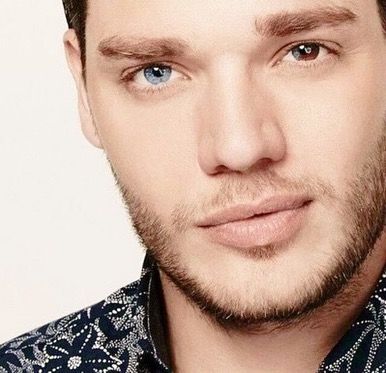 Dominic Sherwood Facts:
*He was born on February 6, 1990 in Royal Tunbridge Wells, Kent, UK.
*He studied drama and theatre in Maidstone.
*In 2008, Sherwood started a band with his friends called Tamarin Sky.
*He made his television debut as Jack Simmons in the third season of The Cut.
*He played Christian Ozera in the satirical horror film Vampire Academy, based on the novel by Richelle Mead.
*He appeared in Taylor Swift’s music video for her single “Style” in 2015.
*He has sectoral heterochromia; one of his eyes is blue, whilst the other is half blue-half brown.
*Follow him on Facebook and Instagram.