Drew Justice is an American actor and model. He is best known for his role as Ranger Bowen in the Amazon Studios Original Series Gortimer Gibbon’s Life on Normal Street. He played the role of Alfalfa in the 2014 film The Little Rascals Save the Day. Justice also appeared as Tim Spratz in an episode of the Fox series Enlisted. 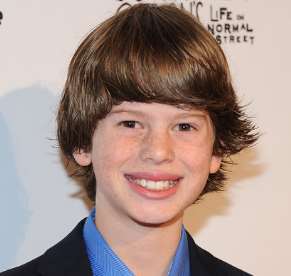 Drew Justice Facts:
*He was born on August 17, 2001 in Houston, Texas, USA.
*He began his acting career at the age of 10.
*He starred as Ranger Bowen in the 2014 television series Gortimer Gibbon’s Life on Normal Street.
*In 2014, he starred as Alfalfa in the direct-to-video comedy film The Little Rascals Save the Day.
*Visit his official website: www.drewjustice.net
*Follow him on Twitter and Instagram.