Dwayne Johnson is an American-Canadian actor, producer, and retired professional wrestler who achieved fame as “The Rock,” a popular wrestling personality, competing in the WWF and WWE from 1996 to 2004. Johnson began acting in 1999 and has starred in such films as Hercules, Tooth Fairy, The Scorpion King, Walking Tall, Journey 2: The Mysterious Island, Pain & Gain, The Game Plan, Central Intelligence, Moana, Jumanji: Welcome to the Jungle, Get Smart, Rampage, Skyscraper, San Andreas and the Fast and the Furious franchise. Born Dwayne Douglas Johnson on May 2, 1972 in Hayward, California, to parents Ata Johnson and former professional wrestler Rocky Johnson, his father is of Black Nova Scotian and Irish descent and his mother is Samoan. He attended and graduated from Freedom High School in Bethlehem, Pennsylvania. Johnson began his career as a football player and was a member of Miami’s NCAA national championship football team (1991). He made his wrestling debut in 1996. He married Dany Garcia in 1997, and the couple had a daughter named Simone Alexandra in 2001 before getting divorced in 2008. Since 2019, he has been married to singer and songwriter Lauren Hashian, with whom he has two daughters. 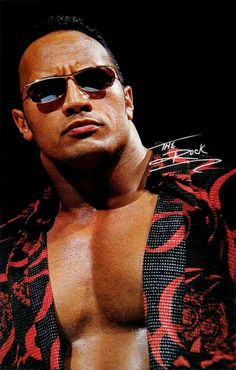 Dwayne Johnson Facts:
*He was born on May 2, 1972 in Hayward, California, USA.
*He is the son of Ata Johnson and Rocky Johnson.
*Growing up, he traveled around a lot with his parents and watched his father perform in the ring.
*He played college football at the University of Miami and joined the Calgary Stampeders of the Canadian Football League.
*He made his wrestling debut in 1996.
*He won his first WWF belt in 1997 and he was the youngest wrestler to do so at the time at just 24.
*He was a member of Miami’s NCAA national championship football team (1991).
*One of the most popular wrestlers ever.
*Best known for his recurring and starring role as Luke Hobbs in The Fast and the Furious films, starting from Fast Five (2011).
*He became 2nd highest paid actor of 2017, earning $65 million.
*He stands at 6ft 5 inches and typically weighs in at 118 kg, which is around 260 lbs.
*Follow him on Twitter, YouTube, Facebook and Instagram.