Dyan Cannon is an American actress of film and television, best known by the public for her role as Alice Henderson in the 1969 film Bob & Carol & Ted & Alice. She played Julie Messinger in the 1971 comedy-drama film Such Good Friends, for which she received a Golden Globe Award nomination. Her other notable roles include Julia Farnsworth in Heaven Can Wait and The Honorable Judge Jennifer ‘Whipper’ Cone in Ally McBeal. Her first film was the Rise and Fall of Legs Diamond in 1960. She was born Samile Diane Friesen on January 4, 1937 in Tacoma, Washington, USA. She is the daughter of Claire Portnoy and Ben Friesen, and older sister of jazz bassist David Friesen. After graduating from West Seattle High School in Seattle, Washington, she attended the University of Washington in Seattle, Washington, but did not graduate. She married actor Cary Grant on July 22, 1965, and they had a daughter, Jennifer in 1966 before divorcing on March 21, 1968. She was then married to real estate investor Stanley Fimberg from 1985 to 1991. 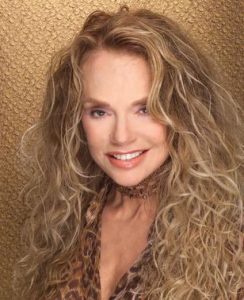 Dyan Cannon Facts:
*Her father was a life insurance salesman and her mother a housewife.
*She was discovered while having lunch on the Sunset Strip.
*She is a huge fan of the Los Angeles Lakers and has attended Lakers games for over thirty years.
*The website, Third Age named her one of the fourth (behind Sophia Loren, Ann-Margret and Raquel Welch) in the “Sexiest Older Actress” category.