Dylan Minnette is an American actor, best known for his starring role of Clay Jensen in the Netflix drama series 13 Reasons Why. He is also known for the television work on series such as Awake, Scandal, Grey’s Anatomy, and Prison Break. He has also appeared in the films Alexander and the Terrible, Horrible, Don’t Breathe, No Good, Very Bad Day and Goosebumps. In addition to acting, Minnette plays the guitar and sings in the American alternative rock band Wallows. Born Dylan Christopher Minnette on December 29, 1996 in Evansville, Indiana, he is the only child of Robyn and Craig Minnette. His ancestry includes English, German, Scottish, Irish, and distant Welsh. At the age of 9, Minnette appeared in a 2005 episode of the Nickelodeon series Drake & Josh. In late 2018, Minnette started dating musician Lydia Night. He was previously in a relationship with actress Kerris Dorsey from 2014 to 2018. 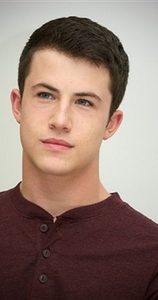 Dylan Minnette Facts:
*He was born on December 29, 1996 in Evansville, Indiana, USA.
*His parents are Robyn and Craig Minnette.
*He was scouted by an agent in Chicago.
*He played Clay Norman in the TNT series Saving Grace.
*He enjoys listening to The Rolling Stones, Nirvana, Jimi Hendrix, The Beatles, The Strokes, etc.
*Follow him on Twitter and Instagram.