Shenae Grimes is a Canadian actress. She is best known for her portrayal of Annie Wilson on 90210, a spin-off of Beverly Hills, 90210, and for her role as Darcy Edwards on Degrassi: The Next Generation for four seasons. From 2005 to 2007, she had a recurring role on the television series Naturally, Sadie. In 2018, Grimes began appearing on CTV’s police drama The Detail. Born Shenae Sonya Grimes on October 24, 1989 in Toronto, Ontario, Canada, her siblings are Maya, Liam, and Aiden. She belongs to both Irish and Italian descent. Grimes was educated at Forest Hill Collegiate Institute and City Academy. She has been married to Josh Beech since May 10, 2013. Together they have one daughter, Bowie Scarlett Beech. 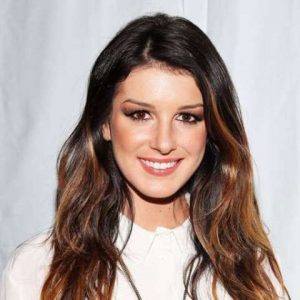 Shenae Grimes Facts:
*Born on October 24, 1989 in Toronto, Ontario, Canada, she is of Italian and Irish descent.
*She has a younger half-sister named Maya.
*She portrayed the role of Annie Wilson in 90210.
*People Magazine named her one of the top 50 Most Beautiful People in the World in 2009.
*She is friends with Calynn Irwin, and good friends with Sara Paxton, Jessica Stroup and Lucy Hale.
*Natalie Portman is her inspiration.
*Her favorite bands are The Killers, Hot Hot Heat and Jet.
*She is a huge fan of the original Beverly Hills, 90210.
*She has a tattoo on the right side of her ribcage which says “Myself and I”.
*She loves vintage clothes and Gucci sunglasses.
*She and husband Josh Beech along with their daughter became US citizens in 2019.
*Follow her on Twitter, YouTube, Facebook and Instagram.