Buffalo Bills defensive tackle who played college football at Houston. Oliver was drafted by the Bills in the first round of the 2019 NFL Draft. He finished out his rookie season with 5 sacks and more than 40 tackles. He was named the Pepsi NFL Rookie of the Week for his performance in Dallas in 2019. 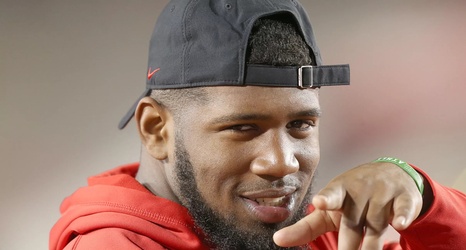 Ed Oliver Facts:
*He was born Edward Oliver on December 12, 1997 in Houston, Texas, USA.
*He played football at Westfield High School in Houston, TX.
*He won the Outland Trophy, presented to the nation’s top interior lineman after his sophomore year in college.
*He is an avid horseback rider.
*Follow him on Twitter and Instagram.