Jack Ma is a Chinese business magnate, investor and philanthropist, best known as the co-founder and former executive chairman of Alibaba Group, a multinational technology conglomerate. A global ambassador for Chinese business, Ma is often listed as one of the world’s most powerful people, with Forbes ranking him 21st on its “World’s Most Powerful People” list. He was ranked #2 in the annual “World’s 50 Greatest Leaders” list by Fortune in 2017. As of May 2020, Ma is one of China’s richest men with a net worth of US$ 53 billion, as well as one of the wealthiest people in the world. In September 2018, Ma announced he will retire from Alibaba and focus on educational work, philanthropy, and environmental causes. Born on September 10, 1964 in Hangzhou, Zhejiang, China, to parents Cui Wencai and Ma Laifa, he has an older brother and a younger sister. He obtained a bachelor’s degree in English from Hangzhou Teacher’s Institute in 1988. He is married to Zhang Ying with whom he has three children: a son, Ma Yuankun (also known as Jerry Ma), a daughter Ma Yuanbao, and one other. 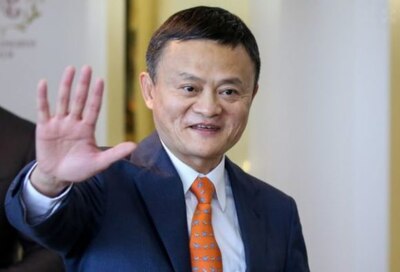 Jack Ma Facts:
*Born on September 10, 1964 in Hangzhou, Zhejiang, China, his parents were musicians and sometime storytellers.
*He created China Yellowpages in 1995.
*He is the co-founder of Alibaba Group.
*He also serves as a role model for startup businesses.
*Time magazine named him as one of the world’s 100 most powerful people in May 2009.
*Time magazine listed Ma as one of the world’s 100 most Influential people in April 2014.
*Follow him on Twitter.