Elizabeth Daily is an American voice actress and singer. She is best known as the voice of Tommy Pickles on the Nickelodeon classic Rugrats. She portrayed as Buttercup in the Cartoon Network classic The Powerpuff Girls. She has also done voice work in the live-action feature film Babe: Pig in the City. Born Elizabeth Ann Guttman on September 11, 1961 in Los Angeles, California, to Helen and Alex Guttman, she belongs to European Jewish descent. She was married to Rick Salomon from 1995 to 2000. They had two daughters, Hunter and Tyson. 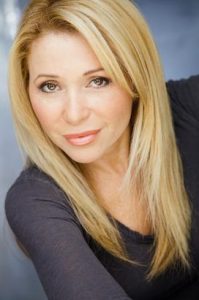 Elizabeth Daily Facts:
*She is of European Jewish descent.
*She began her career as a singer.
*She has done voice work in the Powerpuff Girls, ChalkZone, and Curious George.
*She has two dogs; a chihuahua and a rottweiler.
*Visit her official website: www.egdaily.com
*Follow her on Twitter, YouTube, Facebook and Instagram.